On 1/18/13 at 0907 hrs., the Sussex EOC dispatched the Millsboro and Georgetown fire companies to a house fire on Snow lane, N/O Millsboro. Asst. Chief Swain (duty officer) arrived on scene to find a log cabin home well involved with several propane tanks venting and exposures to another near by log cabin home. Ladder 83 arrived on scene and laid 400' of 5" supply hose up the narrow driveway and deployed three CAFS attack lines on the structure and propane tanks with the help of additional crews arriving from Millsboro and Georgetown's engine crews. Tankers 83 and 77 established a water supply from Snow Lane and supplied the operation. Crews remained on scene to extinguish and overhaul the fire for over an hour before being released by command. The State Fire Marshall's office also responded and is investigating the fire. Units responding: Ladder 83,Engine 83-4,Tanker 83,Engine 77-4,Tanker 77,83 & 93 EMS 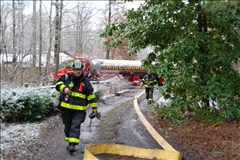 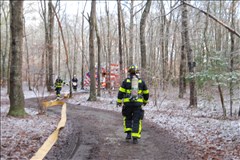 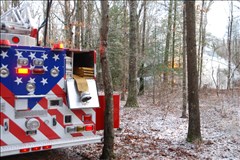 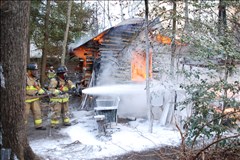 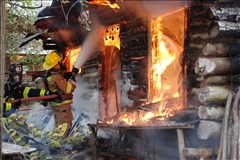 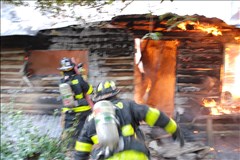 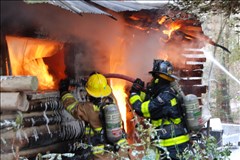 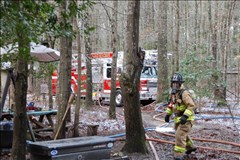 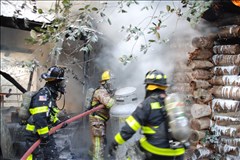 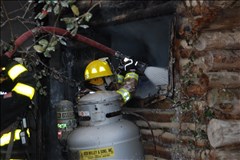 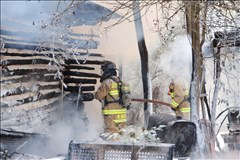 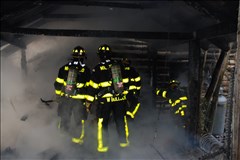 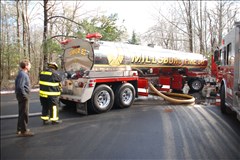 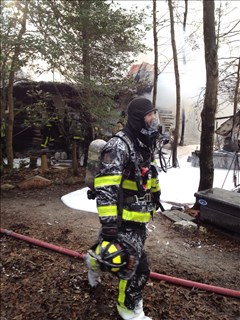 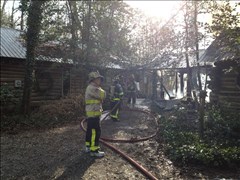 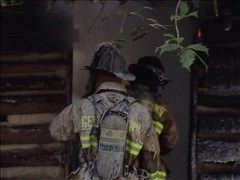 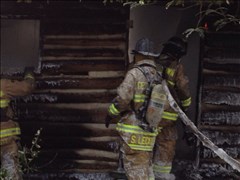 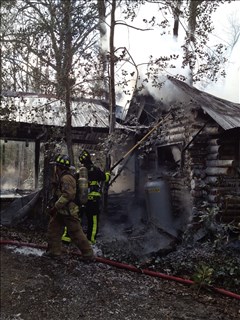 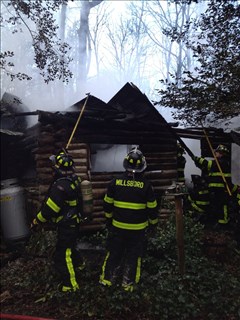 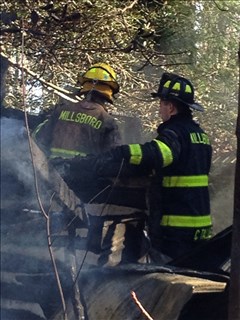 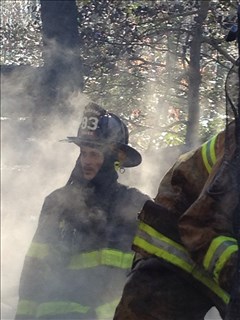 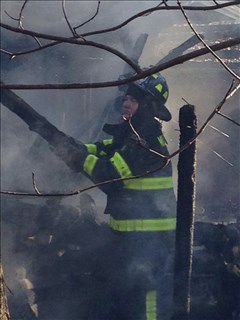