The Millsboro Fire Company extends it's condolences to the family and friends of Norman Betts, who passed away at home on Tuesday, May 28, 2013. Buddy, as he was known to all, was a Life Member of the Fire Company, receiving his 50 year service recognition at the Annual Banquet this past April. Throughout those years, he served on numerous committees and represented the organization in positions such as Station Wagon Driver, Vice President and President. Buddy also proudly served 32 years as a Fire Police, regularly responding to enough alarms to be recognized as a Top Ten responder. In 2005, he was bestowed the honor of Fireman of the Year by the Delaware Volunteer Firefighter's Association. Always quick with a joke, Buddy will certainly be missed at the firehouse and around the community. A viewing will be held on Friday, May 31, 2013 at the Watson Funeral Home, from 6 to 8pm, and on Saturday, June 1 from 12 to 2pm. Services will begin at 2pm with internment at the Millsboro Cemetery. 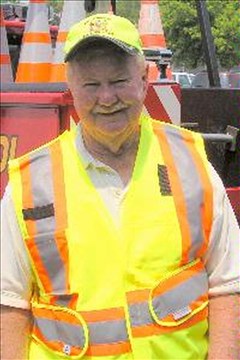